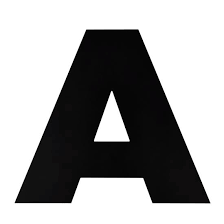 Over recent years, the mean series a funding amount has risen steadily, hitting a high of $14 million in December, before retreating somewhat earlier this year.

The average, or mean, Series A funding round size is still significantly higher than the median series a funding round. The median early stage venture funding, which includes Series A and Series B, is around $6.7 million.

Some examples of the companies and names of venture capital firms behind them include:

Year to date, there have been about 168 Series A funding rounds in the U.S.

The number of total new funding rounds in the U.S. also remains strong. Fundz startup companies database, which includes seed fundings, as well as venture funding rounds, has recorded over 2,250 new fundings of over $100,000 or more year to date.

Looking at state leaders, California, the perennial leader in venture funding, has recorded over $7.3 billion in VC funding in 2020. Massachusetts takes the #2 spot, with over $2.2 billion in funding, while New York comes in third at $1.7 billion.