Why is San Francisco Bay so Appealing to Startups?

Almost everyone, I think, has heard of Silicon Valley, and anyone with a little knowledge of startups will know that San Francisco is a hotspot for venture activity. But what is it about the Bay that continues to appeal to startups? Let’s try and tap into this phenomenon. 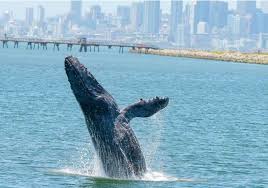 Valley of the Ventures

Silicon Valley is, of course, one of the biggest hotspots for tech ventures in the US, if not the world. Some of the most successful enterprises were born here. The likes of Tesla, Facebook, and Google all have origin stories in the Bay.

What’s more, venture capitalism is astonishingly common in the area. It’s here where, reportedly, almost half of all VC funding took place in 2016.

But what does this mean? Why is it that SV is considered the heart of modern tech innovation? It’s actually primarily to do with the area’s technological history.

Stories reverberate surrounding the growth of competing circuit board companies in the area. That was back in the 1950s, and it was at a time when engineers and talented technicians traveled far and wide for job opportunities.

Many came to Silicon Valley and the bay area for job opportunities, and to eventually set up their own engineering firms. Crucially, some suggest that it is a matter of the right people flocking to the area on mass.

The current popularity of the Bay Area is a little more complex to break down. Of course, the technological roots of Silicon Valley certainly play a big part. However, there’s more to the story as to why startups continue to pop up in San Fran – and why VCs follow suit, too.

Much of the popularity drives from sheer talent availability. It is close to engineering schools and colleges, and over time, it’s become the ‘place to go’ for innovative engineers and technicians. It is a self-fulfilling prophecy.

Many businesses flock here to set up shop as it is easier to meet SF engineers where they graduate than to poach from afar. It is largely a numbers game, as companies will have a fantastic crop of talent to choose from here.

You only have to look at the number of unicorns operating here – around 30 – to understand the buzz. Again, it is an odd phenomenon in that it is self-fulfilling. However, it works!

It also stands to reason that companies will want to head for an area rich in investor interest. In fact, there are guides such as the Midas List, which work to rank VCs and investors in the area. There is an unavoidable innovation culture which, again, has built up through an intriguing local history.

Let’s take a look at a strong statistic to back this up. It’s thought that, even now, the Bay accounts for more than 13% of venture deals planet-wide. That’s double what you’d expect in NYC, which is still a healthy platform for small companies to grow.

In 2019, the Bay’s smallest enterprises made up just less than $46 billion in investment funding. That accounted for around 44% of all similar funding activity in the United States.

These statistics help to propel further interest. The Bay, and Silicon Valley, have grown into their roles as a haven for tech ventures to the extent that they run on autonomous propulsion. VCs and companies see that figures are great for the Bay Area – and thus, they head there. It is a remarkable phenomenon.

It also helps that, again, some of the biggest tech successes, in particular, thrived here. But it’s not all fun and games.

It’s also clear that the enterprises working in the Bay and around San Francisco are of a particular type. Not just in the tech sphere, of course, but of a certain persistence. If we look at some of the killer statistics from the biggest successes the Bay has seen, it’s clear that overnight glories are hardly guaranteed.

Some sources believe the critical difference in SF enterprising lies in an all-conquering strategy. Tech Crunch, for example, posits that the most successful firms here build up and up, actually losing revenue, while increasing their domains.

They make a clear example of Dropbox, the cloud-based data storage service. Dropbox reportedly posted losses that have gradually decreased year on year. It seems that there is a strong culture of ‘work hard now, make big money later.’ That, to many innovators, is likely to be very appealing.

After all, this is the lifeblood of most ventures – innovation. Making money might not be on the table for several years. That’s why plenty will flock to areas such as the Bay to access the best resources, engineers, financial support, and VC opportunities.

Innovators and enterprises will likely head to SF with determination. It is, however, increasingly competitive out there – but with the right attitude and innovations portfolio, there is nothing to say they won’t find the right VC connections.

Will The Bay Reign Supreme?

In a world where we are continuing to see tech dominate our lives, SV and the Bay will likely continue to drive venture interest and growth for years to come. It’s worth noting, however, that funding totals for the Bay were actually down in 2019 from the year prior. Does this mean that innovation is growing stronger in other areas?

Perhaps. 2020 has been a year in which many people have pivoted to make money and build their careers in alternative ways. This, unfortunately, has often arisen out of necessity, but regardless, it is clear that a thirst for entrepreneurial growth is extending far beyond Silicon Valley.

For example, investors don’t have to travel to the Bay area to find funded startups in the region. They could use databases such as Fundz, where they may be able to find out more about innovators and enterprises emerging from California. One thing is for sure, and that’s the fact we can’t turn our backs on the Bay just yet.