Space Startups Shoot for the Moon

Since the dawn of time, humanity has been fascinated by the moon. The first moon landings in 1969 had the entire world looking up to the sky and glued to TV and radio. More recently, China has sent a probe to the moon that is returning as this article is being written. All this activity has woken entrepreneurs up to the fact that the moon is, or could be, the best place for a startup business. 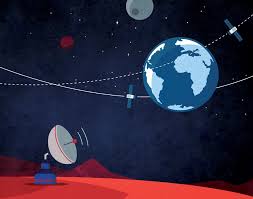 Is the moon a good place for business?

While you're not likely to see the average Joe set up a hardware store on the moon, it is nonetheless gathering pace a place for business.

There are growing numbers of companies and organizations paying good money for moon rocks and moon dust. Moonrock and dust from space are extremely rare and valuable used by scientists to track the sun's history. But shooting for the moon is very much more about space exploration rather than landing on the moon.

When space exploration and travel are considered then, the moon could be said to be an excellent place for business.

Reaching for the stars

Only a few decades ago, the space race was between America and the USSR. Today many countries have space race ambitions, and small, well-funded private companies are blasting rockets up there regularly. The vast majority of rocket launches are for experimental purposes, and in 2020 there have been 102.

Of all those launches, 93 were successful, and 2 of them were abandoned. Some were transport flights to the international space station, and nearly all were used to conduct experiments of some kind.

Getting Paid for Moonrocks

Moonrocks are valuable, and Masten Space Systems has been working with NASA to send Lunar Rovers to the moon. These Lunar Rovers are tasked to collect rock and dust samples and return them to earth.

Founded in 2004 by Jonathan Goff, Masten has received undisclosed levels of funding from private investors. Furthermore, NASA has also funded elements of the business. The company has a relatively simple vision, and offering yet traveling to space makes this collect and deliver business a little different to most.

The cost of getting into space has been the greatest prohibitor to doing business up there. Moon Express is a company specializing in the development of low-cost spacecraft for space exploration.

With $65.5 million of funding, the company was founded in 2010 by Barney Pell, Bob Richards, and Naveen Jain. With 3 Maiden expeditions behind it, the next goal is the moon. With an interesting private model, Moon Express is literally opening new frontiers providing greater access to space in general.

How to get to the moon?

You can't quite get to the moon yourself yet, but you can discover and explore the startup companies that could make it possible. Fundz is a powerful database of startups, providing valuable resource to learn about some of the brightest emerging ventures that will be shooting for the stars.