How NASA Works With Startups To Give Them More Than Liftoff

NASA is one of the most respected organizations on the planet. But while on the outside, it may look like a colossal institution that can do just about everything itself. The truth is that it relies heavily on startups for a lot of its work. 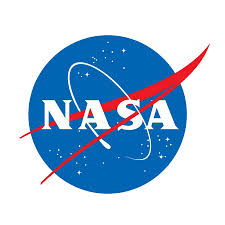 Tech companies are especially renowned for gaining success from working with it, as NASA can provide patents and funding.

Half a Century of NASA Success

For more than 50 years, NASA has been the key to the success of various products used every day. From simple computer technology that we all use to control our lives through more random things that have shaped the world, we live in.

Some of those things we use daily are all a result of startups working with NASA. Things we take for granted, such as artificial limbs, LEDs, Radial Tires, cordless vacuum cleaners, and even landmine removal tools, result from companies working with NASA.

Business incubators are found worldwide, and The National Aeronautics and Space Administration has its own for projects. Called, The NASA startup Studio, it's home to some of the most innovative entrepreneurs and companies using the many Patents from the Space Race.

Not only do innovators gain access to those patents, but they also access to the people behind them. Many companies have used this to create products that are used in all areas of life today.

The Value of NASA Inspired Ideas

In many cases, there is little or no cost for working with the NASA patents. However, for the developed product to succeed outside the incubator, further funding is often required.

Investing in companies that work with the space administration, either directly or indirectly, can be financially rewarding. So-called NASA Spin-off Companies have close to a head start as technology is developed.

The challenge or opportunity lies in applying the technology in one of many fields such as aeronautics and robotics, materials and coatings, instrumentations, optics and sensors, IT, health and environment, and others.

A NASA Spin-off company that is in the early days of success is Ion Storage Systems. Using Ceramic Battery Patents, they are at the cutting edge of electric flight. Working closely with administration experts, the startup was founded in 2015 and has received $8-million of funding above NASA's support. This company is making an impact on aviation and power generation for green flight.

TRX systems is an innovative NASA spin-off. Everyone today is used to GPS navigation, and TRX, through its NEON solutions, is fine-tuning the technology around it. Using the complex navigation technologies developed by NASA, TRX has secured $2.5 million to further develop advanced general use GPS systems.

How to get involved with NASA Spin-Offs?

You don't need to have any private or personal connections to get involved with NASA related companies. Smart investors and third-parties looking for the best opportunities rely on startup databases such as Fundz to guide them.

Fundz is a powerful tool that offers information anyone can use to make a connection. With NASA working closely with so many startups in multiple fields, finding the right information is no longer rocket science.