Driven by the rapid advances of companies like Space-x, Blue Origin, and Virgin Galactic, the private space sector has never been this hot. Unsurprisingly, numerous startups are also trying to get in on the action. Reportedly space startups brought in a total investment of $7.6 billion in 2020 alone. 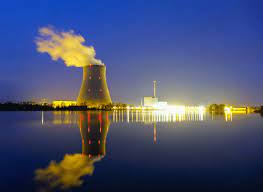 It also just so happens that we're witnessing a revolution in the nuclear industry as well. 4th-generation nuclear systems are moving toward being more practical, cheaper to develop, and safer than ever before. Nuclear startups amassed $3.6 billion in funding in 2021.

So, it should be no surprise that we are seeing the emergence of a relatively new class of startups: nuclear energy startups for the space age.

These ambitious companies are not only making waves in their respective fields but also attracting big government contracts for their technology to be used in the upcoming generation of space exploration craft.

The Problem with Nuclear Energy

Nuclear and startup are words we don't often see used together. There are a number of obstacles involving the use of nuclear technology that has made it a challenging field for startups to get a foothold in:

●           Size: One of the biggest challenges to overcome on the road to commercial nuclear use is the size of the machines. Conventional fusion chambers are enormous. ITER is 37 x 63 feet, while Lockheed Martin's Compact Fusion Reactor is 23 x 60 feet.

●           Safety and health: Nuclear energy is considered extremely safe compared to other energy sources. However, if something goes wrong, there can be massive repercussions, which is why it's still tightly regulated.

●           Stigma: Nuclear energy is considered safer, cleaner, and more sustainable than many other energy sources. However, it still suffers from some negative perceptions that are a hindrance to widescale adoption. In 2019, 47% of people still opposed nuclear energy adoption.

Traditionally, only the government and military had the means to muster the resources to tackle nuclear projects. However, that's changing as we make our way past 60 years of nuclear development.

There are signs that startup activity in the nuclear sector is having a moment. While numerous startups are now looking to make waves in the nuclear field, we want to focus on two Seattle startups - Avalanche Energy and USNC (Ultra Safe Nuclear Corporation).

In fact, both these companies have been backed with funding by the Pentagon's Defense Innovation Unit. The Pentagon expects both to deliver a functional prototype for its spacecraft by 2027.

This new wave of investment comes as a bid to find solutions for NASA's Nuclear Advanced Propulsion and Power or NAPP initiative. This initiative aims to find nuclear solutions to provide power for its small, highly maneuverable spacecraft.

Avalanche Energy is a Seattle-based company launched in 2018. It was co-founded by two ex-Blue Origin engineers, Brian Riordan and Robin Langtry. Its mission statement is to design, test, and build micro-fusion reactors that "you can hold in your hand."

Their flagship project is called the "Orbitron" - an attempt at developing a lunchbox-sized nuclear fusion reactor. They've taken a modular approach for two reasons. Firstly, they aim to create a scalable solution whereby multiple Orbitrons can be stacked for various applications and near-limitless energy densities. Secondly, it allows them to rapidly move through iterations of design, build, test, and fix cycles.

Avalanche Energy is still working on its first prototype but already has plans for creating a second, larger prototype. When completed, the device is expected to produce between 5 and 15 kilowatts of power.

Due to its small and modular nature, the Orbitron will serve as a portable or multi-use power source in space. It's not meant to power a space shuttle or starship, but the various equipment and accessories found on it.

The USNC's Micro Modular Reactor (MMR) has been developing since 2015. However, some of its technologies have been patented since 2011. It's a 4th generation nuclear energy system (i.e., nuclear battery) designed to deliver safe, clean, and cost-effective electricity and heat. Their technology was initially meant to be used in remote locations, such as mines, factories, and communities.

However, the company also has grand ambitions for space. The USNC is primarily involved in the field of nuclear radioisotope batteries. They aim to revolutionize a technology that is employed in various space exploration craft, such as the Mars Rover.

It's currently working on several projects, many of which have applications in space:

Its mission statement is to "Develop, deploy and vertically integrate nuclear energy solutions, inclusive of hardware, fuel, execution, and operational know-how, that are safe and commercially competitive."

So, there is obviously a big focus on trying to achieve as much as possible in-house. USNC employs over 200 people across design, licensing, manufacturing, and project development.

As the name suggests, safety is a core tenet of USNC. They claim to have the safest product on the market, thanks to their patented "ultimately safe" Fully Ceramic Micro-encapsulated (FCM®) fuel system.

The additional influx of cash from government contracts will surely boost the impetus of startups like Avalance Energy and USNC.

Due to their incredible run-time, power output, and reliability, Nuclear is set to completely replace solar and chemical energy sources for spaceflight in the near future. Judging by the current success and trajectory of the current crop of startups, that future seems closer by the day.