Blockchain - and, by extension, cryptocurrencies - are here to stay. The statistics speak for themselves - in 2021, we spent more than $6.6 billion on blockchain solutions globally. But why is this the case - and why are Seattle startups at the epicenter of it all? 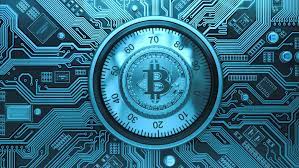 Blockchain and Crypto: What's the Deal?

Let's start with the very basics. Blockchains are digital ledgers or databases. They hold records of transactions that are blocked together. Chains emerge when blocks of transactions reach their storage capacities - and new blocks emerge.

Crucially, it is the art of writing data onto a digital ledger that cannot be disputed. Blocks and data are non-physical, and blockchain as a concept can deploy into healthcare, security, and even retail settings. Blockchain can, for example, even help landlords establish non-negotiable contracts with their tenants.

However, the best-known use of blockchain technology in the modern age is cryptocurrency mining. This is, put simplest, digital money. Cryptocurrencies such as Bitcoin, Litecoin, and Ethereum are some of the best-known and thus most popular crypto resources available.

The relationship between blockchain and crypto revolves around the former being used to record the latter's data. Both technologies are proving highly lucrative because they are helping to redefine how we manage money. Blockchain technology is helping us to better record and define the contracts we set in place.

Cryptocurrency, meanwhile, is a commodity that's free from bank or governmental insight. It's decentralized and unaffected by political fallout. Therefore, it's being widely adopted to help fund exciting projects worldwide. It's also proven to be exciting, if not volatile, investment fodder for willing market traders.

Therefore, it stands to reason that many startups are dabbling in blockchain for its sheer potential.

While many of us know that San Francisco is the venture capital of the US, Seattle is catching up fast. But why is this the case? What's more - what does any of this have to do with blockchain?

Thanks to its incredible talent pool, Seattle is growing as a hub for young companies. Ventures starting up in the city will have their pick of talented, educated engineers and professionals from exceptional schools. However, these are educated people who may have grown up here or moved out here for interesting opportunities.

Seattle's infrastructure also supports young venture growth. While San Fran is long established as the leader in entrepreneurship, the competition in Seattle is much different. The attitude in the city is friendly and laid-back - but always enterprising. People in Seattle are willing to work hard to achieve their goals, and this is always a virtue for the growing business looking to hire.

It so happens that interested VCs and angels are flocking more and more towards Seattle. The 'same old scenes' in New York, Boston, and the Bay Area are proving challenging to break through. Seattle, however, is steadily growing - and there are markedly different ideas and companies growing up here.

It will likely be the case to see Seattle make lists of venture-friendly cities for years to come. Could it ever topple the Bay? That's not easy to predict. However, pioneering knowledge and can-do spirit are helping to propel the city forward.

For example, Seattle is already playing host to a burgeoning venture scene specializing in blockchain and crypto. Here's where we bring it all together.

As mentioned, blockchain is used for more than simply mining and building crypto fortunes. It's also helping people take control of their lives and work in myriad exciting ways.

For example, Seattle's lifeID runs identity resources on an open-source blockchain. They aim to provide people with digital IDs that give them extensive data control. Data privacy is a big deal in the New 20s. On an irreversible blockchain contract, users could decide who gets to see what.

ArcBlock, meanwhile, focuses on app development. Specifically founded in Seattle in 2017, the firm decentralizes app production and hosting. This means that, crucially, an app using its services can permanently establish data on the blockchain. This holds near-unlimited potential for data storage and IP protection for years to come.

Operem, also based in Seattle, is helping creators solidify their copyright claims. Copyright and ownership laws are famously entangled and complex regardless of territory or niche. However, by imprinting contract and ownership details on a blockchain, said copyright owners have finite proof of their custody.

Therefore, this technology can help everyday creators and larger companies alike take back control. For every innovation established, copyright lawyers would simply need to trace the blockchain to find indisputable proof of ownership. It could have the potential to rethink the way we see such litigation for years to come.

Atonomi, meanwhile, is one final Seattle blockchain venture worthy of attention. Combining the growing spheres of blockchain and the IoT (Internet of Things), Atonomi's primary focus is security. The company asserts that registering IoT devices via blockchain will ensure indisputable veracity.

Effectively, this will mean that devices could potentially only choose to connect with other verifiable hardware. It crucially means there is less chance of manipulation and hacking - as consent and integrity are verified at the point of the link.

Seattle's thirst for blockchain doesn't stop here. While the world is tuned into cryptocurrency being the technology's main facet, there's more than meets the eye.

Seattle's status as a venture hub is ever-growing, and this is unlikely to stop any time soon. The infrastructure and existing support already available in the city are highly appealing to everyday founders. As you can see, there are already big blockchain ideas taking firm shape in Seattle, too.

Blockchain is more than a niche - it is changing the way we trade, protect ourselves, and retain our unique ideas. Fundz has a wealth of information on startups in the sphere - be sure to take a closer look.