Imagine if we could harness the power of the sun. That’s exactly what many ambitious startups worldwide hope to accomplish by achieving fusion, the process that powers the stars. 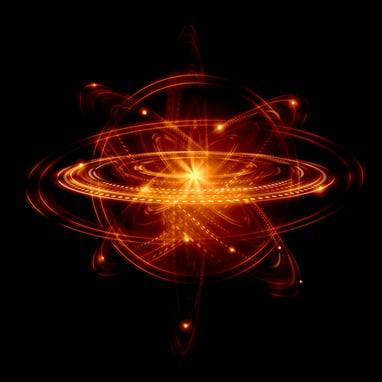 Conventional nuclear power plants use a process called nuclear fission, whereby energy is harnessed from splitting heavy atoms. Fusion, on the other hand, is the process of combining smaller atoms into larger ones. Fusion has the potential to produce energy on a scale that dwarfs that of fission. It’s also mostly a self-sustaining process once it gets kickstarted, essentially producing “free” energy.

Fusion might sound too good to be true. However, it’s a challenging feat that has eluded the best and brightest teams of scientists in the world. In 2021, we reached a milestone when researchers first achieved fusion in a lab setting, showing that it is possible.

With almost limitless potential, it’s no surprise that the race for the next big thing in fusion is heating up. In 2022, over $4.7 billion will be funded into fusion startups, with an additional $117 million in government grants. That’s a 139% increase from the previous year.

The Potential Market Value of Fusion?

Fusion is now also a very real prospect on the horizon. Not only has it been achieved, if temporarily and non-replicable, but cutting-edge physics and engineering is advancing rapidly in this direction.

93% of companies think that fusion will make up a part of the energy grid by 2030 or earlier. Another 84% believe that fusion’s cost-to-efficiency ratio will approach viable levels in the same timeframe.

Theoretically, fusion will be by far the most efficient source of power generation. Just one gram of fuel can generate 90,000-kilowatt hours of energy. So, one gram would be able to meet the entire New York city’s energy needs for roughly 8 days.

Nuclear fusion will create a huge amount of jobs and infrastructure. However, it will also have a profound knock-on effect on spin-off and related fields, such as space and marine propulsion, medical, off-grid energy, electricity generation, etc.

Economics aside, Fusion also presents a real opportunity to achieve tremendous social good. Should fusion live up to scientific expectations, it could be the closest thing to 100% clean, free energy we’ve ever experienced.

Avalanche Energy primarily works on developing economical micro-fusion power packs with nearly limitless applications. Its flagship project is a 5kWe power pack called the “Orbitron,” which will be roughly the size of a typical lunch pail. The core tenets of Avalance Energy’s approach is to create a fuel system that’s:

●           Avoids potentially hazardous technologies, such as magnets or lasers

Avalance also wants to create a system with near-universal applicability. It targets making an impact in fields like space propulsion and power, marine propulsion, aviation, off-grid energy, and hydrogen/synthetic fuels.

In 2021, the company made significant progress, moving from proof-of-concept simulations to its first fusion neutrons in just 9 months. They are closely working with the Department of Defense (DoD): Defense Innovation Unit (DIU)

Many consider Avalance Energy to be one of the leaders in the race toward fusion with one of the most promising models. The company was founded in 2018 and is located in Tukwila, Washington, USA. At present, they have at least 14 employees. Avalanche Energy has already raised $5,125,000 in funding in just two years.

Avalanche Energy plans to present its first working prototype to DIU/DoD by Q4/2025, with orbital testing in 2027.

Commonwealth Fusion Systems (CFS) was founded in 2018 in Cambridge, Massachusetts. However, it has plans to relocate to Devens, Massachusetts, in late 2022. CFS has a relatively simple mission statement of finding the fastest path to commercial fusion energy. Its ultimate goal is to meet growing energy demands while combatting climate change.

In their own words, their solution is a result of “Proven physics meets revolutionary magnet technology.” Their approach uses magnetic confinement based on the tokamak configuration. Tokamak is one of the leading methods for confining fusion-grade plasma with strong magnetic fields. This approach was developed over decades via government-funded research projects.

However, CFS uses cutting-edge high-temperature superconductors that allow them to build smaller and more cost-effective fusion systems. They claim that just one glass of water will provide enough nuclear fuel to last a person’s entire lifetime.

CFS is one of the most rapidly growing startups in the Fusion scene. In the same timeframe as Avalance Energy, they have grown to 300+ employees and have raised over $2 billion in funding, including a monster $1.8 billion Series B in 2021. However, the company’s working on a system that will produce 200 MWe, which will have much larger-scale energy generation applications than Avalanche Energy.

In 2021, they created the world’s first commercially relevant net-energy fusion machine, SPARC. They have also reached a new 5-year research agreement with MIT. They are expected to deliver a commercially viable version of SPARC by 2025 and to complete its first fusion power plant, ARC, by early 2030.

The race is well and truly on

Avalance Energy and CFS are just two of the frontrunners in the startup race to fusion. What’s so exciting about this space is the relatively rapid progress in just a short amount of time. In 1992, the only company actively working on solving fusion was Princeton Fusion Systems.