In March, equity crowdfunding portal StartEngine announced that Kevin O’Leary, aka Shark Tank's "Mr. Wonderful", would join the company as a strategic advisor and investor in the company. O’Leary commented in the press release: “We’re going to look back on this period as the start of the rise of equity crowdfunding, and I think it’s an industry that StartEngine is going to win.” 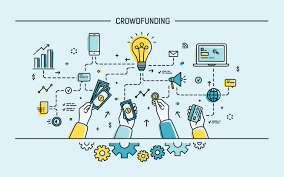 O’Leary’s endorsement was certainly a plus not just for StartEngine, but for equity crowdfunding in general, which still has not lived up to the expectations that came with Regulation Crowdfunding back in 2015.

For those not familiar with equity crowdfunding, it refers to a process where startup companies can sell a stake in their company (i.e. equity) via crowdfunding, or funding from a group of non-affiliated investors, through what is known as a crowdfunding portal. This differs from traditional approaches, such as raising seed funding from Angel investor groups and VC Funding though venture capital firms.

Before 2015, companies in the U.S. were not allowed to sell equity stakes to individual investors unless they were considered “accredited” investors.

To be considered an accredited investor in the U.S., one must have a net worth of at least $1,000,000, excluding primary residence, OR have income at least $200,000 each year for the last two years (or $300,000 combined income if married) and have the expectation to make the same amount in the coming year.

While Regulation Crowdfunding (Reg-CF) passed in 2015, the financial disclosures, associated costs and limited amount that could be raised resulted in limited deal flow. In a June, 2019 SEC report, the agency commented the following points regarding the programs results from May 16, 2016 - December 31, 2018.

However, the agency also mentioned in the report the larger participation occuring in the program from countries that adopted crowdfunding before the U.S did:

Fast forward to 2020. While the COVID-19 crisis has caused enormous challenges for businesses all around, it has also started to change things regarding equity crowdfunding.

For example, on May 4th 2020, the SEC announced some temporary measures to help interested businesses pursue expedited crowdfunding offerings. One of the biggest changes was around required financial disclosures. Typically, financial statements of the business need to be reviewed by a public accountant that is independent of the company. With the relaxed guidelines though August 2020, financial statements can be certified by the principal executive officer and don’t require a public accountant.

Even before the regulatory development, two of the largest equity crowdfunding operators were seeing very positive signs. Specifically, WeFunder has seen a 35% increase in investment volume over the last two months and a 200% growth in high-quality applications, while the leading equity crowdfunding platform StartEngine helped startups raise $24.4 million in Q1, - the company’s most successful quarter ever.

While the amount raised from equity crowdfunding portals catering to unaccredited investors still pales in comparison to traditional sources, recent signs are encouraging for market participants. Those interested in learning more about raising money for startups via equity crowdfunding may want to review this compliance guide from the SEC.