No startup is ever guaranteed to succeed - but many beat the odds. There are a lot of factors in play. However, there are plenty of US ventures that have come back from the brink. What’s more, there are even some that have defied all critical expectations - and here are a few of them! 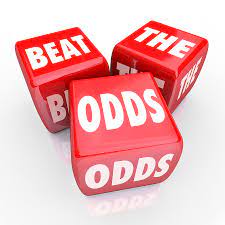 Pinterest is a social media platform focusing on digital pin boards. While it’s only been on our smartphones for a decade, it’s quickly become a must-have app. However, it almost never got off the ground at all.

The brainchild of Ben Silbermann, it was encouragement from his girlfriend that pushed him to pursue a dream. Pinterest was a dream escape for a Google support employee looking to work on more significant projects.

While it could have been a flash in the pan - investors saw potential in the app. It’s now courting more than 10 million users every week. Not bad at all!

Airbnb remains a firm example of a ‘killer app’. It’s quickly become a blueprint for startups everywhere mainly because the concept sprung forth from everyday necessity.

Airbnb started as an idea to run a private bed and breakfast service. After the first customer took advantage, the idea just snowballed from there.

However, it would take rejection after rejection for Airbnb to finally take off. When it did, it secured nine-figure funding. Now, it’s the go-to app for short-term stays across America and beyond.

Uber has had its fair share of rocky patches. However, its initial story is well worth paying attention to.

Travis Kalanick had run a handful of startups but was yet to hit the big time. With that track record, you could be forgiven for feeling less than optimistic about Uber. The cab-hailing firm actually only came about after Kalanick struggled to make connections.

Uber launched small-scale in San Francisco before facing trials in France. It was in Paris where Kalanick’s transport troubles initially occurred.

From there, the app snowballed. Uber arrived at a time when smartphone use was starting to spike and when traditional cab-hailing was proving difficult. Therefore, it’s little wonder Kalanick struck gold a third time.

Uber is now under different management but is worth tens of billions of dollars. It’s an amazing turnaround.

For any venture to succeed in the modern age, there does need to be a ‘perfect storm’. Circumstances such as funding, relevancy, market, and originality can all play a part in whether or not a company succeeds.

However, what’s clear from some of the surprise hits above is that determination is vital. Venture founders with a thirst to change the world - as well as insight - will keep trying again and again. It’s these founders’ investors will be keen to look for the world over.

Could the next surprise hit be waiting in the wings? Startups with passion and enthusiasm are waiting for contact across databases such as Fundz right now.