Funding for Seattle Startups Reached a Record High in Q1

Despite societal change in 2020, it appears Seattle is ready to emerge in 2021 as a lucrative area for new business. Already, statistics show that VC interest in Seattle startups is growing to record statistics. Why is this the case – and which ventures are helping the boost? 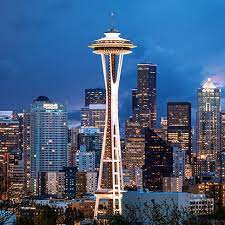 A New Record for Seattle Startups

As of Q1 2021, the Seattle area witnesses a growth of more than 92% interest from VCs than 2020. Of course, 2020 remains a very particular case – but the news is worth a tremendous amount of money to city innovators.

Specifically, sources state that 88 different funding offers made around $1.64 billion for Seattle startups from January through March.

Some analysts believe that the vast growth is primarily a reaction to economic shrinkage across 2020. However, we need to look closely at the region's biggest deals to understand the scenario fully.

Beyond this, Seattle is and has been a critical player in tech innovation over the past decade. Big-funded brands such as Rover and Remitly were born here. What's more, free-thinking innovators seem to want to stick around.

It isn't too difficult to round up some of the biggest Seattle success stories from recent months. Big money is rolling into the city for various reasons – and it's not just 'big tech' that's having this record impact.

RPB is growing into a marketplace that, by 2027, market analysts believe will be worth more than $70 billion. With the world drifting ever more towards carbon-neutral transport, e-bikes maybe just one key player.

On a different note, Pivotal Commware – elsewhere in Seattle – has added $50 million to the total. Not only that, but the communications venture has the backing of one of the biggest names in global tech.

Pivotal is developing 5G infrastructure tools with backing from the likes of Microsoft's Bill Gates. Gates, reportedly, has shown interest in the Seattle brand for some time. Specifically, the brand homes in on metamaterial signal swapping. In layman's terms, it is a technology built to suit the growth of 5G worldwide flexibly.

Finally, in the ecosphere, Nori is continuing to turn heads in Seattle. Users pay crypto through the online vendor to actively remove carbon from our air. This carbon then gets redistributed to local farms that need the element in their soil. This forward-thinking venture is making strides both in blockchain and in environmental reformation.

While many will continue to see Silicon Valley as a big tech driver in the US, Seattle is hot on the heels.

Startups emerging from Seattle are ready for investors to find and fund online. Fundz, for example, may hold more than a few innovators Seattle VCs can convert on for years to come.