Learning a new language can take serious time and effort. So, you may be surprised to learn that in December 2020, one of the most prominent startups in the EdTech market had 500 million users and 40 million monthly active users. However, you couldn’t just sit down and take up a new tongue before its existence! Thankfully, Duolingo emerged as one of the most popular, user-friendly startups bringing EdTech to the masses. 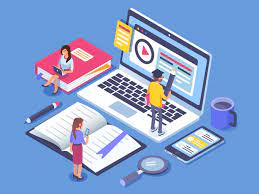 Where Did It All Begin?

Duolingo’s story started back in 2011 - at least, that is where funding began. According to the brand itself, the genesis of Duo as a language development service originated in 2009. It was the brainchild of Luis Von Ahn and Severin Hacker. But what inspired the duo to harness the power of lingo?

Both Von Ahn and Hacker believed that multilingualism - and polyglotism - opened doors. Referring to their initial app as a ‘happy mistake’, Duolingo started life as a simple playground for language learning. Offering games and puzzles to users and a mechanic that allowed learners to measure their progress daily.

The service has since grown to become one of the most-downloaded apps of all time for Android and iOS. It’s been adopted in disparate corners of the globe, offering 40 different languages to learn on the go.

The app quickly gained funding in 2011 to the tune of $3.3 million. However, like all good startups, they are still pivoting. Thanks to recent funding of around $45 million, the firm is looking to harness machine learning to improve its service further.

EdTech, or education technology, has grown massively given recent global challenges. While Duolingo was a trailblazer more than a decade ago, this niche has grown to be all the more competitive.

Sources suggest that we may be looking at incredible growth in the market post-2026. Valuations of around $218 billion, globally, seem fixed in place for 2027. That’s an incredible CAGR scaling of 17% between 2021 and then.

Big names in the sphere that Duolingo continues to compete against include household names such as Google and Udacity. Also, Chegg, Blackboard, and edX are key players in an ever-growing game.

With almost three-quarters of US students having access to home internet 24/7, the potential for EdTech seems limitless. This, too, is purely in the US. Further statistics domestically show that 4 out of 5 educators in the US used EdTech innovations during 2020.

Thanks to the evolving technological landscape - and aforementioned global challenges, the world is primed for EdTech. Therefore, it stands to reason that Duolingo is continuing to challenge itself in an ever-changing landscape.

Duolingo was primarily the brainchild of Luis Von Ahn, a Carnegie Mellon graduate, and professor in Computer Science. Von Ahn was already a success story in the tech game, having made millions by selling Recaptcha technology to Google. However, Duolingo remains his most enduring success, one he is still actively attached to.

Von Ahn’s aim has always been to provide language education to all. Specifically, he strives to break down language barriers and allow better work opportunities and more. Duolingo was developed as a free app - and still is offered as such - with the company making money from paid tests.

Von Ahn notes that Duolingo already had a firm base launch. It’s fascinating, too, that the service has largely built up based on positive reviews. However, in the past two years, the founder has focused on expanding its reach. For example, he has potential designs on getting Duolingo to go public on the markets.

Von Ahn attributes his vision for Duolingo - and its successes - to his own language learning as a child. He was born in Guatemala, and his native tongue is Spanish, and he learned English from a young age. Understanding his privilege, he set out to offer language learning opportunities to millions worldwide.

Duolingo has evolved massively since 2011, mainly from a community perspective. For example, now serving more than 50 million users worldwide, the company still operates under a small team. That’s only possible thanks to community content creation and delegation!

The platform has its incubator, allowing developers to create their own language courses through Duolingo. This operates on a three-phase, where courses travel through beta mode into complete UX graduation. A formal application process helps the team find exemplary volunteers. All of this ensures a scalable and cost-effective expansion system.

It’s led to several curious courses uploaded over the years - for example, Star Trek fans can even learn Klingon!

Finally, let’s consider Duolingo’s UX or user experience. It’s perhaps clear to see that much of Duo’s success stems from its user-friendliness.

Sean McGowan at UsabilityGeek praises the service’s ‘bare bones’ approach to UX, making a note of its flat design. Of particular interest in McGowan’s case study is the ‘pick a course’ approach - available to users before registering.

McGowan also makes notes on the app’s simple, clean screen designs, clearly adapted to most users. Beyond a handful of navigational notes, the study highly praises the gamification of language learning.

Kevin Panchaud’s case study digs deeply into the psychology of the app’s design. For the most part, user appeal is encouraged through simple button interfaces and a playful theme. The landing page design, Panchaud states, is also pivoted to provide helpful information without overwhelming visitors.

Duolingo is nothing short of a leading inspiration in the EdTech game. However, the sphere is broad - and ever-evolving. Therefore, it is safe to say the industry extends beyond purely learning languages.

That said, there is much to learn from Duolingo as a case study. Their gamification standards and clean UX have helped to earn them millions of fans. The next step is artificial intelligence - exciting times ahead.

EdTech startups continue to appear and you can keep with just funded one with a subscription to Fundz. The New 20s is set to be a pivotal decade for the niche - it’s time to take advantage.