When it comes to technological innovation in the US, many will immediately think of the Bay Area. However, beyond Silicon Valley, Columbus, OH is already making a name for itself in terms of smart tech. Columbus is now a 'smart city' - but what does this involve, and how have startups helped? 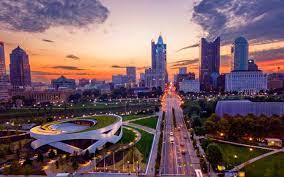 The City of Startups

The idea behind the 'smart city' of Columbus, OH, dates back to 2015. The US Transport Department launched a grant and challenge to cities across the States to enhance mobility via smart tech. Columbus, naturally, stepped up to the plate to accept the challenge.

In fact, the city claimed the challenge crown - and with it, $50 million in funding. Five years on, the challenge is over, but Columbus is continuing to commit to going smart despite the funding's finale.

What really helped the city and its denizens was a strong transport backbone. City representatives have claimed that this only helped Columbus achieve more of its goals quicker than anticipated.

But what's helped to bring this smart city to fruition? Is it easier to get around Columbus now than ever before?

Working Together, Getting Smarter

What's clear about the success of smart mobility in Columbus is the fact that it's been a collaborative effort. For example, at least three different pilot schemes opened in 2020 alone. During a challenging time - planners even took the initiative to pivot their shuttle services to help the community.

A landmark innovation arrived in the city in the shape of Linden LEAP, an autonomous / self-driving shuttle program. LEAP, with the heart of a startup, helps to pick up people from far-flung neighborhoods. Then, the service drops people off near community centers and other popular sights in the city. This service is completely free to use.

Smart Columbus, launched on the back of the smart grant, also brought Pivot to the fore. Pivot is an app that allows city travelers to find sustainable, helpful transportation across the area. Specifically, it aims to help encourage cleaner, smarter travel arrangements. The app will enable users to choose cab, bike, and even scooter routes to where they want to get to.

What's more, mobility experts Via worked with the Central Ohio Transit Authority to develop micro-transit possibilities. Their project, much like LEAP, extends shuttles into wider neighborhoods - specifically Grove City. This network removed the need for connection after connection via bus and to help cut the cost of travel.

Ultimately, the smart city has worked hard to develop solutions that provide cheaper, greener connections for all.

While some critics claim that Columbus' plans may have faltered a little during global crises, it's a remarkable blueprint. Grants such as that made available during 2015 don't arise all the time.

However, it will be interesting to see startups in the future leaping onboard these wider concepts. Investors and interested third parties may start finding enterprising ventures now via online databases - such as Fundz, for example.