In the midst of what we hope will be a once in a lifetime crisis, venture capital investment in startups remained relatively strong in 2020.

However, after analyzing some data from Fundz database, we can see some noticeable changes in both VC investment by U.S. city & investment by industry. 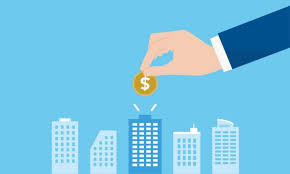 Here are the leading cities with the biggest % increase, along with some detail on companies & industries leading the way in these cities:

Biotech related funding soared in South San Francisco in 2020 from companies such as Freenome, Insitro & Annexon, as the area moved from #25 to #8.

Boston had a well rounded increase from biotech, pharmaceutical and general tech related startup fundings in 2020.

Companies such as DataRobot, Whoop, Iboss, ChaosSearch & Klaviyo all had major funding rounds.

Boston also had 6 biotech & pharma deals in excess of $50 million.

Tech companies continue to both start and migrate to Seattle in major numbers. For example, Tanium, which raised over $200 million in 2020, announced in December a move from Emeryville, CA to Seattle. Some of the companies in Seattle raising major rounds during the year included 98point6, Chinook Therapeutics, logistics company Flexe, Stackline & data storage company Qumulo.

Investment continued to pour into biotech and pharmaceutical startups for this Boston neighboring city in 2020. iTeos Therapeutics, Syros Pharmaceutcials & Geoncea had some of the largest rounds.

Massachusetts in general had an amazing 20 biotech & pharmaceutical startups that each raised over $50 million in 2020.

In 2021, it will be interesting to see if the exodus of some startups from Southern California to Seattle and other cities continues.

It will also be interesting to see which regions will see the biggest increase in new fundings, now that the remote model has proven successful for many startups.

Indeed, the perceived need to be headquartered among other emerging leaders in some geographic locations may not ever return to quite as it was before.