Many of us wish we had started a company when we were younger. As teenagers, we had the amazing, not always plausible, idea, we never got round to doing it. Today, some teenagers have started or are running some of the most amazing startups. People will either get secretly jealous or wildly amazed. Teenagers today are the future of business and world changers. 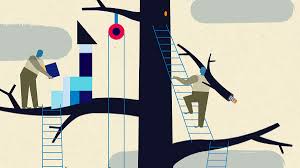 The Brillance of Youth

In our youth, we have energy, we have imagination, and we believe we can conquer the world. Many teenagers dream of becoming the next Bill Gates, but it is just a dream for most. Friends happen, girlfriends and boyfriends come on the scene, and for most teenagers, having a successful business is the last thing on their minds. However, for some, the sheer brilliance of youth and a crazy desire to be a success is real.

There are growing numbers of teenage entrepreneurs finding ways to solve the problems of others and so much more. While these youngsters may not know how to run a business, they know they have a good idea and soon learn.

COVID19 has seen many young people come up with new ideas, and the number of companies now run by them is staggering. There has been a surge in youth startups since 2019. Furthermore, there are growing numbers of teenagers who understand the term entrepreneur and aspire to it.

While no one can ever be too young or too old to start a business, the recent surges in youth-run companies is good news. New ventures generate income from tax, and small businesses create jobs. President (ELECT) Joe Biden is a believer in small business and sees it as part of America's growth strategy.

Uber shook the world, and Safetrip is doing the same in many parts of America. At the age of 16, Langston Whitlock founded Safetrip, the world's first healthcare transportation mobile app.

This simple app solves a huge problem of homeless and low-income people who are sick or disabled affording transport to healthcare facilities. Born from a kind heart and solving a real problem, Langston is currently CIO of the fast-growing company. SafeTrip raised $2.3 million, and this funding has seen the App gain considerable traction.

Finding a cure for Parkinson's Disease is a bit too much to ask a teenager. 19 your old Erin Smith hasn't done that but has found a way to predict the disorder's onset.

While watching a video of Michael J. Fox, she noticed how his smile seemed distant. In seeing this, she spoke to caregivers, and they noticed the same in other Parkinson's patients.

This sparked an idea using facial recognition software with an 88% accuracy rate in discovering the early signs of the illness. To date, Faceprint has received funding from the Michael J. Fox Foundation and several pharmaceutical companies. The product is currently undergoing clinical trials, and the company has a bright future. Not bad for a teenage founded company!

Finding out about Startups

Startups play a valuable and vital role in the economy today. Finding up to date and accurate information can be challenging. Fundz helps to solve the problem by providing real-time information on just funded startups across all sectors at the click of a button.